Intermittently tracking the progress of my tomatoes.

I'm growing tomatoes again this year. The first year I lived in this house, I dug out a big plot and grew ten plants of tomatoes, meaning I was pretty overloaded and gave away a lot. I grew tomatoes often in the 90s, but not much this century. Two years ago, I had four pots of tomatoes, all of which caught some kind of fungus or blight, barely produced, and died prematurely.

This year, I've got four pots again, and I'll see how they do. There's more sunlight where I stuck the pots - I think. 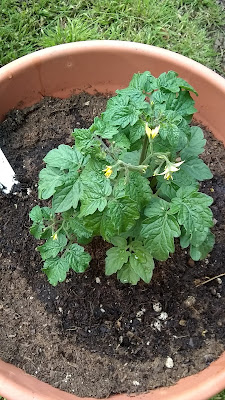 Tiny Tim
Will be very small. It's a red cherry tomato.
Mid-season, 60 days. 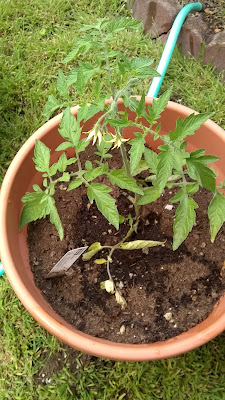 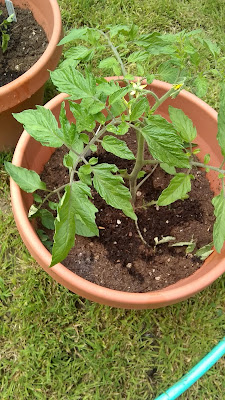 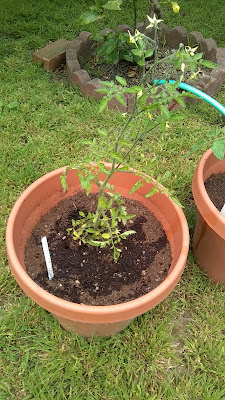 This blog is moderated, so don't worry if your comment doesn't appear immediately. If I'm asleep, working, or at a concert, it'll take a while.